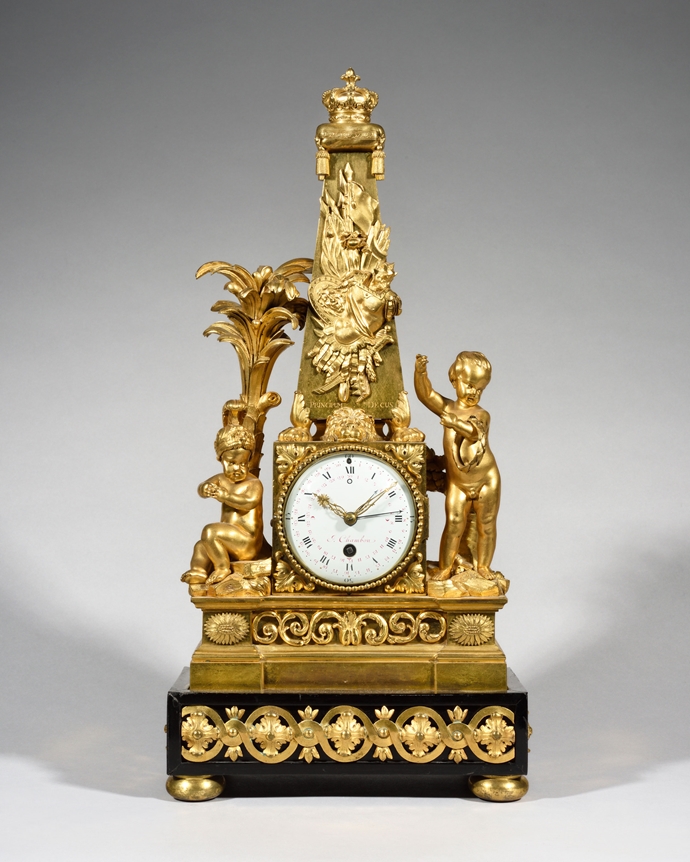 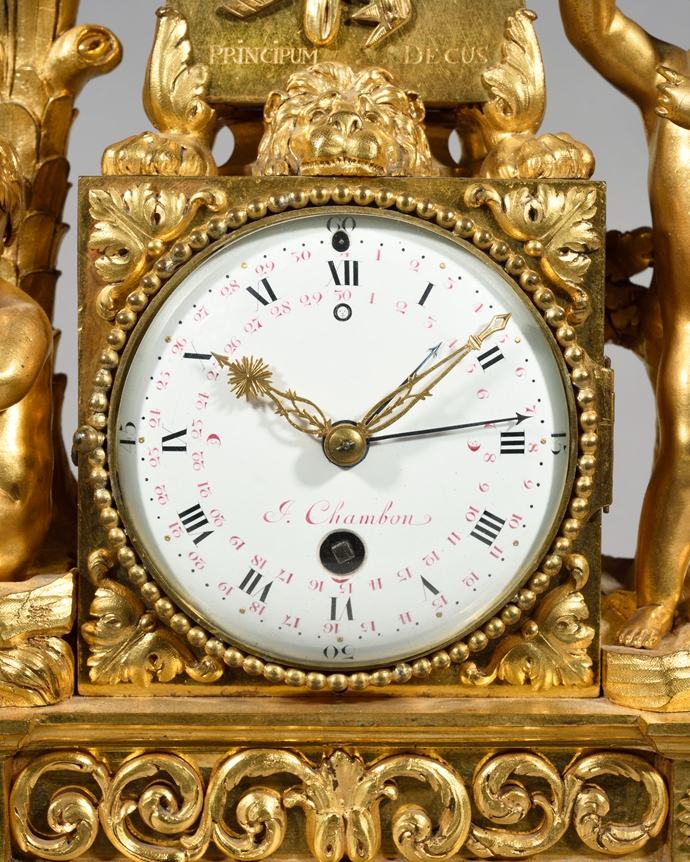 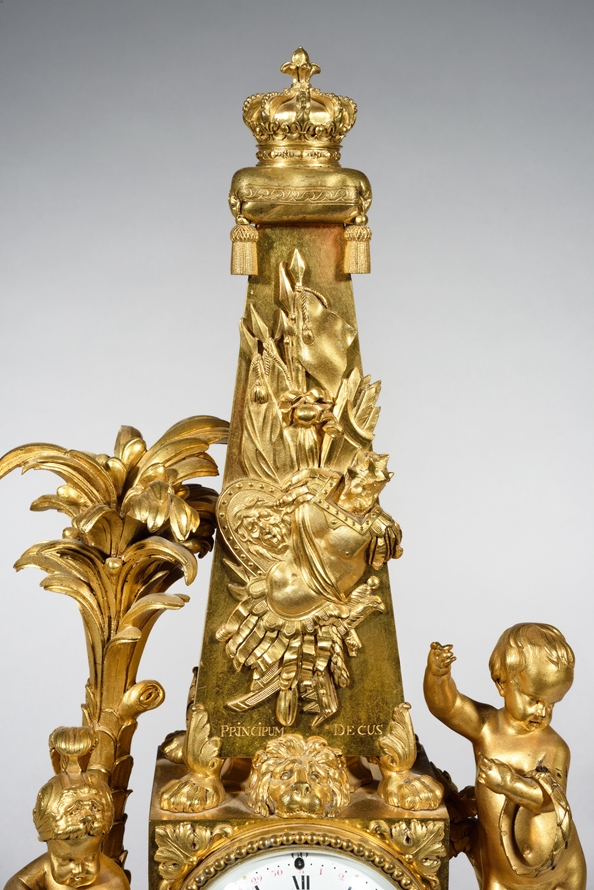 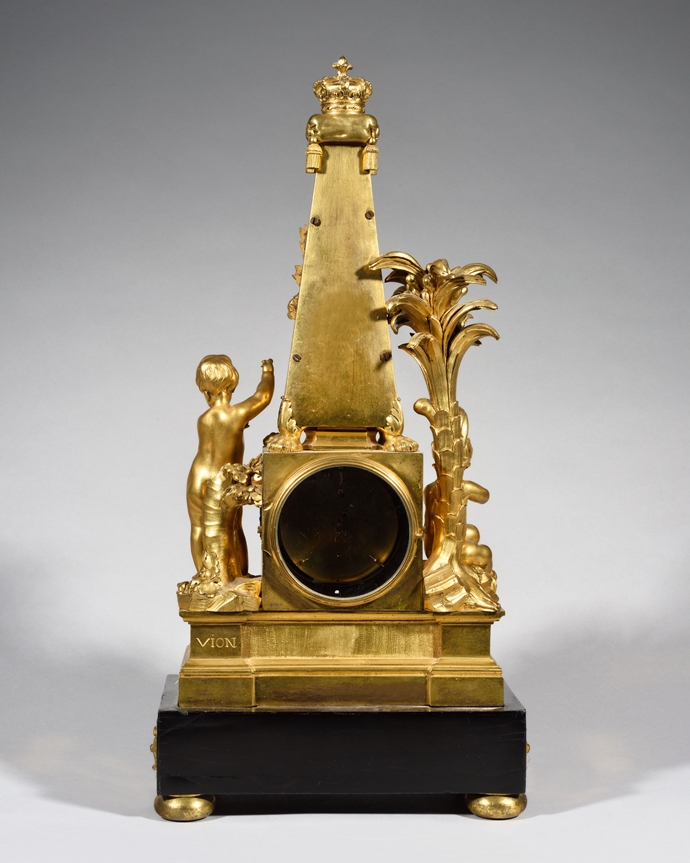 
Signed VION, for François Vion, caster and carver master in 1764

This Louis XVI ormolu mantel clock decorated with an obelisk is signed by the Parisian bronzemaker François Vion who worked during the second half of the 18th century. It is ornamented with putti on both sides of the dial: one is seated in front of a palm tree wearing a lion head and plume helmet; the other one is leaning against a tree trunk and bears a laurel wreath on his left arm. The body of the mantel clock is surmounted by an obelisk raised by paw feet and a lion head. The front of the obelisk is decorated with a military trophy: flags, a quiver, a Gorgon mask shield, a Roman cuirass, sabers and two crowns. A royal crown with fleur-de-lis on a cushion stands on the obelisk.
The dial has four concentric circles alternating Roman numerals for the hours and Arabic numerals for the quarters and dates, respectively painted in black and red. It is signed by the clockmaker Jean Chambon, declared master clockmaker on the 1st of March 1766.
The set is mounted on a black wood base decorated with a gilt bronze openwork interlacing frieze. This work rests on four gilt bronze feet, flattened balls-shaped. 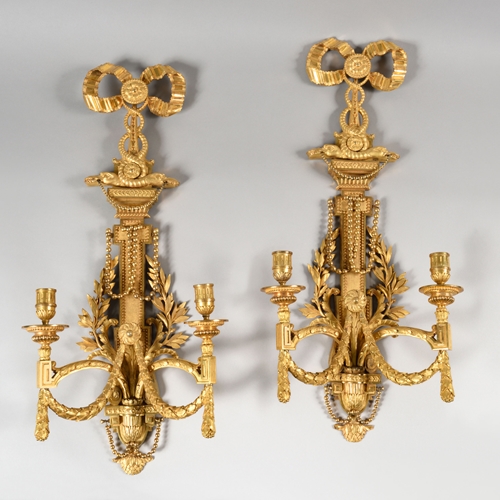 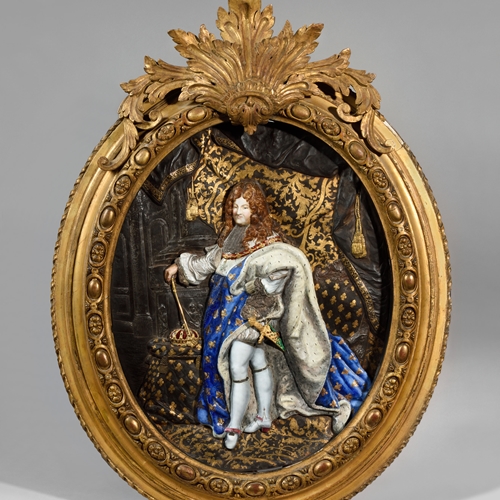